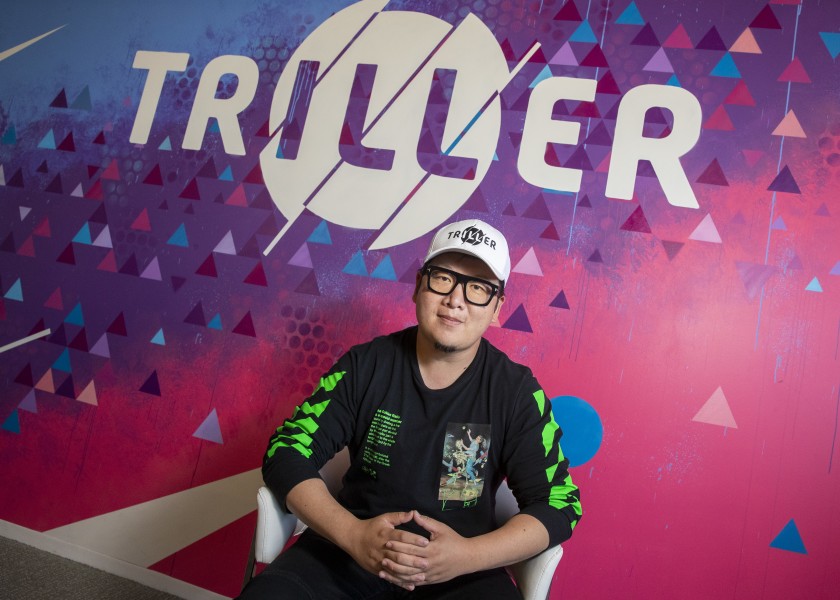 Universal Music Group said it has pulled its music from Triller after no agreement had been reached with the L.A. music video app.

“We will not work with platforms that do not value artists,” UMG said in a statement Friday. “Triller has shamefully withheld payments owed to our artists and refuses to negotiate a license going forward.”

Universal Music Group represents hip-hop artists including Drake, the late Pop Smoke and Eminem. Yanking their music from the platform would hurt Triller as its users make videos that include parts of songs; losing access to work from major artists could send them to other platforms like viral video app TikTok, Triller’s biggest competitor, which has a licenses with UMG.

Triller said in a statement that its agreement with UMG expired about a week ago and it has not withheld payments from artists.

“Triller does not need a deal with UMG to continue operating as it has been since the relevant artists are already shareholders or partners on Triller, and thus can authorize their usage directly,” the company said.

It is unclear which or how many UMG artists are Triller shareholders. Triller did not immediately respond to a request for comment on that. But Triller does not have a license with Universal Music Publishing Group, which represents songwriters and catalogs.

At least one music industry group expressed concern over the dispute.

“It’s sad to see Triller join the long list of tech companies that talk big about music but fail to deliver for artists, songwriters, and fans,” said the Artist Rights Alliance, a group that advocates for artists, in a statement. “We strongly support the ongoing fight for fair treatment for music creators and an online world in which all music is licensed and paid for.”

“This has to be a bad Punk’d episode. I’m waiting for Ashton to jump out of my closet,” Lu said in a statement. “Our relationship with UMG is solid. Its biggest artists are investors and partners in Triller and Universal owns parts of Triller.”

But 7digital, which provided the back-end connection for Triller to UMG’s library of songs, said in a statement made at 1:39 a.m. PT that it was aware of UMG’s decision.

“The Company confirms that this announcement by UMG has no financial impact on its business nor does it have any impact on its own relationships with either party,” 7digital said.

In most cases, publishing houses and record labels, not artists, control the administrative and licensing rights of songs. That’s why attorney David Chidekel believes the dispute is “a PR campaign [by UMG], not a legal fight.”

Regarding Triller, said Chidekel, an attorney with Early Sullivan Wright Gizer & McRae LLP, “It doesn’t seem like they have a leg to stand on purely legally, depending on the contract with the songwriters and Universal.”

Even as COVID-19 surges, Triller planned a red carpet party in a Hollywood Hills mansion
Nov. 19, 2020

Triller, launched in 2015, rose to greater prominence last year, when rival TikTok was in danger of being banned in the United States due to the Trump administration’s concerns about its ties to China. After challenging the Trump administration in court, TikTok was able to hold off the former president’s plans to ban the app. A proposed deal to give ownership stakes in a new entity called TikTok Global to U.S.-based companies Walmart and Oracle has yet to close.

Triller is majority-owned by Proxima Media, an investment firm led by Ryan Kavanaugh. Kavanaugh was once the head of mini-studio Relativity Media, which later entered bankruptcy and underwent restructuring.

The company last year told the L.A. Times it had raised nearly $100 million, with plans to raise an additional $250 million.

On Aug. 1, Triller was the most downloaded app in the United States for iPhones, but since then has dropped to No. 872, according to San Francisco analytics firm App Annie.

In November, Calabasas-based Wixen Music Publishing sued Triller over copyright infringement, claiming that Triller had infringed on more than 1,000 of Wixen’s musical compositions including “Ray of Light” and “Buddy Holly.” Triller has asked a judge to dismiss the lawsuit.